The Boniface Trail is a planned shared-use path between Crediton and Exeter. It is designed to be a safe route for walkers, runners, cyclists and wheelchair users. It will also link communities en-route such as Dunscombe, Smallbrook, Newton St Cyres, Langford, Half Moon and Cowley.

It is actively being developed by the 'Boniface Trail Association' which is a registered charity.

Please click this link if you wish to support the Boniface Trail.

We will occasionally send out an email Newsletter to supporters describing progress on the Project.

Each Newsletter contains an 'unsubscribe' button. If at any time you wish to stop receiving these Newsletters just click on the unsubscribe button. 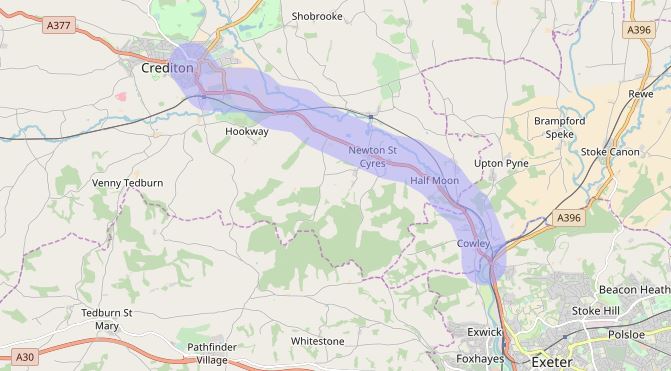